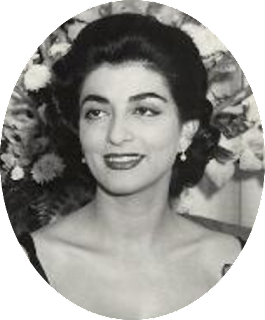 George A. Khoury: A Southern-Born Arab American, His Record Labels' Cajun, Country, and Rhythm & Blues History, and the Contested Authorship of Song 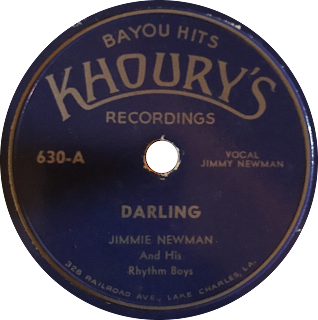 George A. Khoury: A Southern-Born Arab American, His Record Labels' Cajun, Country, and Rhythm & Blues History, and the Contested Authorship of Song   Jimmie Newman and His Rhythm Boys, "Darling," on Khoury's Bayou Hits Recordings label. Courtesy of Richard M. Breaux collection. https://youtu.be/pmn3gR4IKcQ Why on earth is a story about a well-known Cajun Music record label appearing on a blog about 78-RPM Arab American music and music of the Greater Syrian diaspora? Isn’t this post grossly out of place? What do we make of the idea that this label existed contemporary to the time of Arabphon , Alamphon , and Al-Chark , but neither included any Arab-language music, nor seems to have appeared in the Arab American press? The truth is, like much of the Arab American music and record labels we’ve covered so far, the story is complicated and yet intriguing. The information on the label has always struck us as a bit curious, “Khoury’s Bayou Hits Recordings.”   Collecto
Post a Comment
Location: La Crosse, Wisconsin, USA La Crosse, WI, USA
Read more 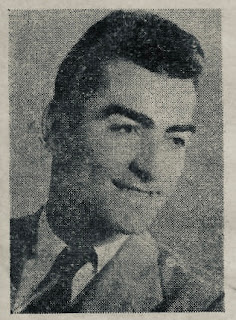 Joe Budway and Leo Budway: Ouds, Violins, and the Budway Musical Legacy     Joe and Leo Budway. Alamphon Sleeve (Breaux Collection) and Pittsburgh Press, 17 Sept 2000. Courtesy of Newspapers.com It likely comes as a surprise to most readers of our blog that we have not written a full entry about the well-known, middle-period oudist- Joe Budway. An extraordinary musician and all-around strikingly handsome guy, Joe Budway came to lead a trio that included his younger brother. One of the things we’ve known for some time is that even the most experienced and expert researchers and ethnomusicologists have confused the life of Joe Budway (1912-1990), the oudist, with his younger brother Leo Budway (1926-2000), the violinist. The story of the Budway family begins with Budwe [Budway] Abdullah, born either 2 May 1889 or 1891 or 18 May 1892 in Miniyeh, Syria [now Lebanon]. Before deciding to immigrate to the United States in 1914, Budway Abdulla married Aarjes-born Labiba Samreny around 1909
Post a Comment
Read more 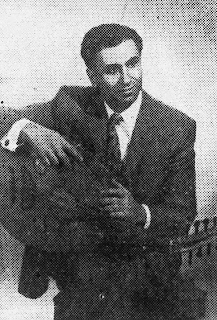 Jack Ghanaim: An Oudist and Qanunist Embodies Musical Versatility "Jack Ghanaim," Caravan ,  18 September 1958. Courtesy of Newspapers.com The Palestinian city of Ramallah stands in the West Bank just six miles to the north of Jerusalem. By the 19 th century, Orthodox Christians, Melkites, Muslims, and even American missionaries associated with the Quakers called Ramallah home. With the collapse of the Ottoman Empire, Ramallah became a part of the British mandate territories. Long before British occupation, Ramallah served as a cultural hub for musicians, visual artists, and the literati, this made Ramallah fertile soil for the BBC to plant the seeds for what eventually become The Palestine Broadcast Service in 1936. Radio antenna on top of homes in the 1930s could already pickup stations from Paris and other parts of Europe. Over the twentieth century, Ramallah was a part of the Ottoman Empire, British mandate territory, Jordan, Israel, and Palestine. In Ramallah, not full
Post a Comment
Location: La Crosse, Wisconsin, USA La Crosse, WI, USA
Read more
More posts